Miami has come a long way since the 80s. Thanks to Miami Vice, the ever popular TV show, the city became known for drug lords, men in tight white jeans and cigarette boats.

In the past 10 years it has had a rebirth, many would say thanks to Art Basel Miami Beach and the focus that the art fair brought the city. With the success of the fair and the realization that people in Miami too, crave culture, came the momentum to build the new Miami Art Museum, a new focus on the  De La Cruz Collection Contemporary Art Space, the Wolfsonian Museum, the Bass Museum, and most recently the building of the new World Symphony Hall. But, there is a new movement in town that is close to becoming a game changer for the city once again. Miami, this decade, will be defined by startups, VCs and successful entrepreneurs.

With the help of a couple of strategic players, the city is coming together to create and support an environment that fosters entrepreneurship and all the things that come with it – education, funding, exposure, etc. The private sector, companies and individuals, the public sector, educational institutions and not-for-profits are all in this together and they seem to be pulling it off.

Some of the key players are:

· The Knight Foundation has launched an initiative in the Miami area that supports the start-up culture by investing in the spaces and events where entrepreneurs come together.  One example of this is its recent funding of the Miami version of NewME, a nationally acclaimed accelerator, helping to jump-start tech businesses.

· LAB Miami: the city’s first tech-centric shared space work environment. Based in Wynwood, the city’s up and coming alternative neighborhood which is quickly becoming the center of gravity for the entrepreneurial world. For around a $200/month membership fee, LABrats, a nickname for members, are provided a shared workspace with other entrepreneurs, a mailing address, workshops and other basic start-up business needs, all with the goal of creating a “campus for social innovation.”

· Universities: Both the University of Miami (UM) and Florida International University (FIU) have hopped on board, creating and supporting venture capitalism programs. At University of Miami, Launch Pad will open a community accelerator in January 2013 in downtown Miami. Companies selected to participate in the program will receive a $25k grant, participate in a three-month mentoring program, and be given free access to office space for the year. FIU has also taken an active role in the development of the VC ecosystem in the region, and will host its annual Americas Venture Capital Conference in December.

· Accelerators: Incubate Miami has just launched its sixth class of 6 companies, having graduated 18 businesses to date.

· Refresh Miami is a South Florida network of tech professionals and enthusiasts, helping to connect and “refresh” the tech community in the area.  The group offers monthly networking events, and has ongoing workshops and classes, all of which support the local landscape for tech development.

To tie all of this up—and perhaps as evidence of the aforementioned—Miami will soon be hosting its first “LatAm Innovation Week”, to be held on the heels of Art Basel.  From December 6-15, Innovate MIA will highlight the growing and robust start-up tech scene, showcasing local entrepreneurs and many of the previously mentioned organizations right alongside cutting edge international organizations.

Innovate MIA Week will include events such as a Hackathon to be held at LAB Miami, Endeavor’s  International Selection Panel, Wayra’s first international demo day, and will culminate with the FIU Americas Venture Capital Conference.  It is sure to be an exciting week, reaffirming Miami’s place on the global tech map.

a startup success story out of Coconut Grove started by Andres Moreno. This online interactive language course has taken the world by storm. A true disrupter in the field, Open English is the new Rosetta Stone, but better.

Wayra, a Local Approach for a Global Endeavor

I have been closely following the rapid expansion of Wayra, Telefónica’s new CSR program.  Telefónica, the dominating telecom company in the Spanish speaking market, launched its technology incubator program in April 2011 in Colombia.  Since then, it has rolled the program out in 12 countries – Argentina, Brazil, Colombia, Chile, Czech Republic, Germany, Ireland, México, […] 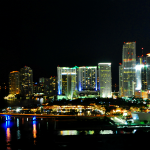 In February, The Atlantic hosted Start-Up City: Miami, a gathering of local movers and shakers from both the private and public sector to talk about what it will take to make Miami a model, forward-thinking city in the decade to come. Hosted at the New World Symphony Hall and supported by the Knight Foundation, the Atlantic put together […]