I am excited to announce our latest business venture: we have partnered with Cuponidad for its launch in Venezuela.  Cuponidad will now offer Venezuelan consumers a place to purchase services, products and travel packages at a huge discount. This is just one of what we hope will be many launches throughout Latin America.

Cuponidad, which is similar to US-based Groupon, Inc., is well positioned for success.  Groupon has seen surging profits since its launch, with its revenue jumping 89 percent in Q1 of 2012 to $559.3 million, up from $295.5 million in 2011.  Marketing costs for the US-based company dropped from 78 percent to 21 percent of total revenue in the past year as well, helping raise profits to a new level.

Latin America’s growing e-commerce market is already valued at $70 billion, with online retail visits jumping 30 percent in the last year.  With the continued growth of this market, Cuponidad is sure to see similar, if not better growth than Groupon, Inc.

The region has also experienced one of the largest booms in broadband reach, with over 86 percent of the population connected to the internet and one of the highest mobile penetration rates in the world. Cuponidad will take advantage of the digital reach in Latin America by developing offerings across multiple digital platforms.

I sat down with Daniel Burdeinick and Joel Cohen, the two co-founders of Cuponidad during my most recent visit to Caracas. Our team has been so impressed with their vision for the company, which first launched in Colombia in 2010.  We are excited to be collaborating with a company that is on the path to being a regional leader in e-commerce, already expanding exponentially both in scope and profits.  Read all about this exciting new venture…

Kiwi Crates: this company sends a monthly kit the size of a shoe box with two arts and crafts projects to do with my kids. They are tailor made to be age appropriate and to be something that I can do with both of them (age 3 and 5) at the same time. For moms in a hurry like me, Kiwi Crates is a blessing in disguise. For each box you get about 2 hours of good family time doing something totally different each time. We have done pirate hats and treasure hunts, wind boats, and wind mills, and planted seeds and watched them grow…

We are excited to announce our latest digital advertising venture with the recent acquisition of Kontextua.  The online advertising company, with an already expansive network in Latin America and Spain, will become the newest part of RedMas.  Read more about this latest venture…  CISNEROS GROUP’S REDMAS ACQUIRES KONTEXTUA 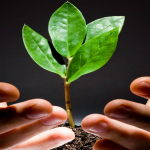 Read the latest interview I gave on VC in LatAM. Adriana Cisneros – Roundtable Discussion on Innovation and VC/PE Development in Latin America