I have been closely following the rapid expansion of Wayra, Telefónica’s new CSR program.  Telefónica, the dominating telecom company in the Spanish speaking market, launched its technology incubator program in April 2011 in Colombia.  Since then, it has rolled the program out in 12 countries – Argentina, Brazil, Colombia, Chile, Czech Republic, Germany, Ireland, México, Spain, Perú, United Kingdom and Venezuela.

Wayra, which means ‘wind’ in Quechua, was created with the aim of becoming an accelerator for the development of future Silicon Valleys in the countries where Telefónica is present. Using the accelerator or incubator model, Wayra aspires to identify ideas with the greatest potential in information and communications technologies (ICT).  Once identified, it will support their development, providing them with the technology, mentoring (including management and technical expertise), and workspace needed to grow. Successful projects are also provided with financing in exchange for a 10% share in the venture.

Wayra positioned itself as a true global accelerator this past month when it hosted its first International Demo Day in Miami on December 12th in conjunction with the Americas Venture Capital Conference, with LAB Miami as hosts.  At this event, 17 startups presented their projects, representing 11 countries from across the world, all accelerated with the Wayra method.

Wayra represents a new and exciting model for successful CSR initiatives in global companies.  The program has an extensive global reach, and is active in all of the regions where Telefónica has presence.  But because of the nature of the accelerator design, each individual project can focus in on country-specific and local initiatives. Creating a sustainable CSR program with both global and local impact is challenging to achieve, but if successful, it will have a great impact not only on Telefónica’s image, but also for the entrepreneurs with whom it engages.

Telefónica’s new approach is of particular interest to me because it answers many questions that we at Cisneros have been working on for years.  In the 1990s we launched two panregional businesses – DirectTV Latin America and AOL Latin America. With those businesses we also launched educational programs to geographically match our panregional reach.  AME, our online teacher training program, has trained 15,000 teachers in 15 countries. And Cl@se, the first panregional Spanish language educational TV channel, was made available throughout Latin America the day DirectTV started operating in our region.

When we sold DirectTV to SKY in and divested out of AOL LatAm, we were left with two outstanding educational programs in countries where we no longer had a corporate presence. Although committed to our programs, by becoming disconnected from the business they were born out of, it made us take time to reflect on and redesign our CSR strategy.  While we continue to successfully run AME, Cl@se was taken off the programing grid by DirectTV’s new administration and we are currently considering relaunching it as an online channel.

Today, all of our businesses have strong, locally relevant CSR programs. And while those are running successfully, we are taking a year to think about how to design a global CSR initiative that matches our global media presence.  It will be an interesting year of work and research, and new initiatives like Wayra that deal successfully with the tension between global vs. local impact, are certainly worth looking at as possible models. 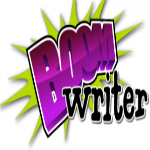 BoomWriter is a literacy website designed to engage kids in a creative and dynamic way. Its collaborative writing program allows classmates to create and publish stories in a fun way. Students are provided the first chapter of a story, and each write what they think should happen next. Anonymous submissions are reviewed by the students, and the chapter with the most votes becomes the next part of the story. This continues until the predetermined number of chapters have been completed, and finished books can be printed for all of the students. Because the submissions are anonymous, it encourages even the most timid of writers to get engaged in the creative process! 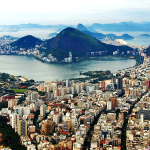 In the spirit of entrepreneur week I want to tell you about my latest trip to Brazil. I was there for 21212’s Demo Day where the 10 companies from the most recent incubation cycle presented. (See Demo Day website to read about each one!). I also had the opportunity to present a set of opening […] 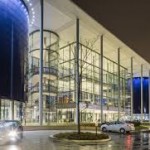 Can a Conglomerate Be Nimble?

A few weeks ago I was invited to speak at the Yale School of Management as part of the Becton Distinguished lecture series. It was an honor to share my thoughts with such an impressive group of graduate students as well as with Dean Edward “Ted” Synder  and my host and interviewer Tim Collins. What […]