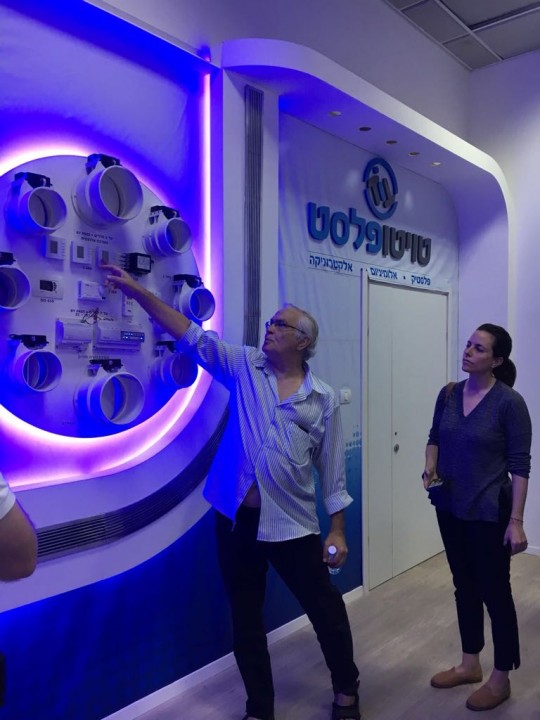 With Lev-Ran Moshe at Twitoplast. This is one of the few factories where Palestinians and Israelis work together in the assembly line.

One week in Israel is not enough, but it sure is a good start.

I have just returned from my first trip to Israel hosted by the AJC’s Project Interchange. Every year the AJC, together with the Knight Foundation, hosts a group of Miami tech entrepreneurs in Israel for an immersive experience. Through these one week-long seminars, Project Interchange exposes leaders from around the world to the complex issues facing Israel today. Our trip was 30% on technology and innovation, 30% on culture and religion, 30% on politics and 10% pure fun. Our trip started in Tel Aviv and ended in Jerusalem and included a day trip to Palestine.

The AJC has been organizing trips to the Israel since 1982. The objective of the trip is to bring people to Israel so that they can better understand the complexity (and the opportunity) of this young nation. In our case, being a group of techies, we were particularly interested in understanding beyond Start up Nation, how Israel has built such a thriving tech ecosystem in such a short time. Israel today is the leading exporter of technology in the world. An extraordinary accomplishment for a country that is only 70 years old and has a population of 8 million people. As a group, our cohort, is committed to making Miami into a great place to work and live in. For us that means that we need a place where not only we can build new companies and attract top talent, but we can also scale them, fund them and go global. Israel is very good at that. In the hope of gaining insights, we met with leading entrepreneurs running incubators, accelerators, VC funds and university programs and what we found across all fields was extraordinary. 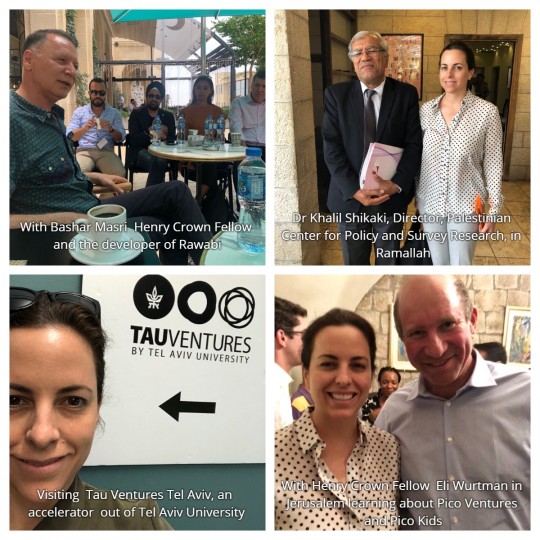 Many reasons have been listed to explain the economic success of Israel. Yes, it helps, that the majority of the tech entrepreneurs have military training. Because of this you end up with an older and more mature set of college graduates that bring with them not only military training and discipline, but also a sense of comradery that the army experience provides. There is also the fact that Israel is very small – about the size of New Jersey. When you are a small nation and you have no local addressable market you build things with a global mindset. There is also immense geographic diversity within the community, with young Jews from around the world moving there to do military service, go to college and to work. All these elements, together with the Zionist drive – the commitment to the nation, are key elements to Israel’s immersion as the leading tech nation of the world.

Our fascination with Israel was reciprocal. Much to our surprise, the Israeli tech community is also fascinated with our city. They see in Miami a young place that has re invented itself though technology and innovation. They were equally curious to learn about our “secret sauce” and were particularly interested to learn about how diverse and integrated we are as a city and by the geographic play on building products that are good not only for the US but also for Latin America. This made for a very interesting ongoing dialogue, which I hope, ends with more programs linking both places. 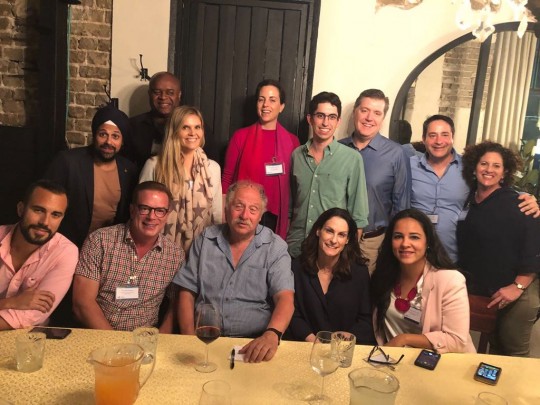 Beyond the “start up miracle”, perhaps my greatest take away was understanding how complex the geopolitical situation in Israel is. Turns out the “two state solution” that we read about so often is not that easy to implement when you have Palestinian settlements all over Israel and vice versa. It is also hard to imagine reconciliation between those two nations when Israel is a Jewish state with no separation of “church and state”. It was interesting for me to see how secular, in practice, Tel Aviv is and how religious Jerusalem is on all three fronts – Jewish, Muslims and Christian. I wondered, if I was starting a company there, if I would go to Tel Aviv, which feels more vibrant and liberated or Jerusalem perhaps the most important old city in the world with an extremely well established business community?

The trip to Palestine was fascinating. To begin with, we needed a special car, with a special guide to go into the country. Our guide and driver where Palestinians born in Jerusalem which allows them to move “freely” between the two places. You feel the contrast immediately. Palestine, feels more like a third world country stuck in the 70s with water cisterns on every roof top, electric cables sprawling between buildings and chaotic city planning. You can feel how hard it has been for them to progress as a country.

We visited Ramawa, a high-end real estate development built by Bashar Masri, a Palestinian businessman who after decades abroad decided to go home and do something meaningful in his country. Ramawa is in between Ramalla and the boarder with Israel. It’s a modern planned community designed to attract the middle class complete with a westernized shopping mall, incubator, soccer fields and hospital. It is certainly a brave idea and look forward to see how fellow Henry Crown Fellow does with this endeavor.

I would like to give a special thanks to Brian Siegel, our AJC host and trip leader, for putting together such a great itinerary for us. In addition, to the Knight Foundation for bringing this program to Miami and giving us the opportunity to experience Israel in such a thoughtful way. 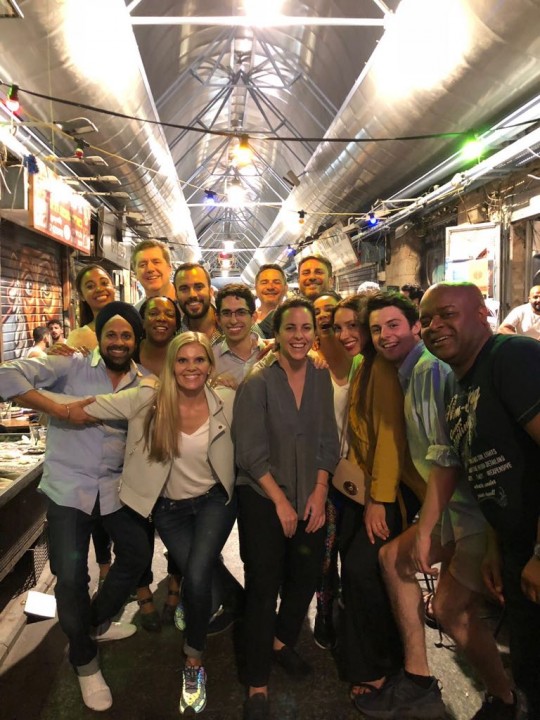