Monday, October 8th marked the beginning of the MIPCOM conference in Cannes, which will wrap up on Friday the 12th. It is encouraging to see the audiovisual industry continuing to be strong, commercial deals being conducted between countries and organizations worldwide, and how the media industry, continues to prove that it does not deserve the stigma of being traditional or outdated. 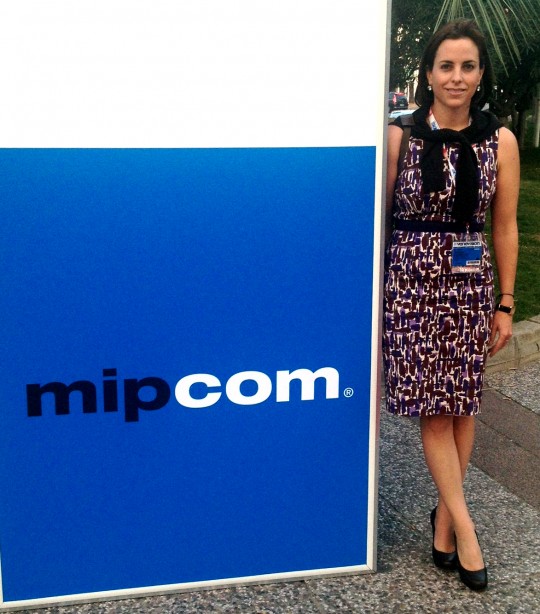 On October 9th I participated as keynote speaker at the Latin American Global Dealmakers Networking Lunch. I had the great opportunity to initiate a conversation about the challenges and perspectives of the industry in Latin America with Cynthia Hudson, Vice President of CNN International and General Director of CNN en Español. It was a fruitful dialogue, focusing on the ideas that standout in the market this year in Cannes: business opportunities in emerging markets, like Latin America.  We talked about how a demographic revolution is bringing “digital novices” forth as first-time market consumers. This, along with the technology revolution and adoption of new technologies, are leading the burgeoning and increasingly sophisticated middle class to new levels of consumption. The challenge for the industry is to be able to capture this potential and monetize on the opportunity. Perhaps this won’t happen overnight, but it will be soon and we need to be there and ready.

One of the speeches that has attracted the most attention so far was given by Robert Kyncl, VP and Global Head of Content for Google/YouTube. In front of a packed room, a rarity in our industry, Kyncl highlighted how YouTube has served as an important tool to stimulate creativity and bring it directly to the consumer, without third-party involvement, forcing advertisers and key players of the industry to take advantage and get involved in this opportunity. His data show that 800 million people in the world consume more than 4,000 million hours on YouTube each month. This is not evidence of an ongoing transformation. It is a new reality, and the high attendance at Kyncl’s presentation was proof of that.

Lastly, in addition to the excellent and exciting proposals brought forth from Canada, this year’s honorary country, I want to point out the huge influx of content targeted for children. A lot of it has to do with MIPJunior, but it is also due to the new consumers, which as I previously mentioned, are “digital novices” whose pattern of consumption is different than what has been demanded up until now.

Yahoo: Adriana Cisneros at MIPCOM: “The Greatest Challenge for Latin America This Decade Will Be to Capitalize on Emerging Opportunities”

Worldscreen: Adriana Cisneros: “We are Living the Latin American Decade”

Please click the link below to see the interview with Cynthia Hudson:

“Adriana Cisneros: We are Living the Latin American Decade (MIPCOM)”

Please click the link below to see the interview with Anna Carugati/WorldScreen: